Sam Cossman, who rose to internet and YouTube fame as “The Volcano Diver”, has always had a passion for adventure. In January 2015, this passion drove him to lead an expedition to the remote island of Ambrym in the South Pacific to explore a previously uncharted lava lake known as the Marum Crater. In order to climb further into the Marum Crater than any man before him, Sam wore a Newtex Extreme Protective X30 Proximity Suit to protect himself from lava splash and extreme temperatures. 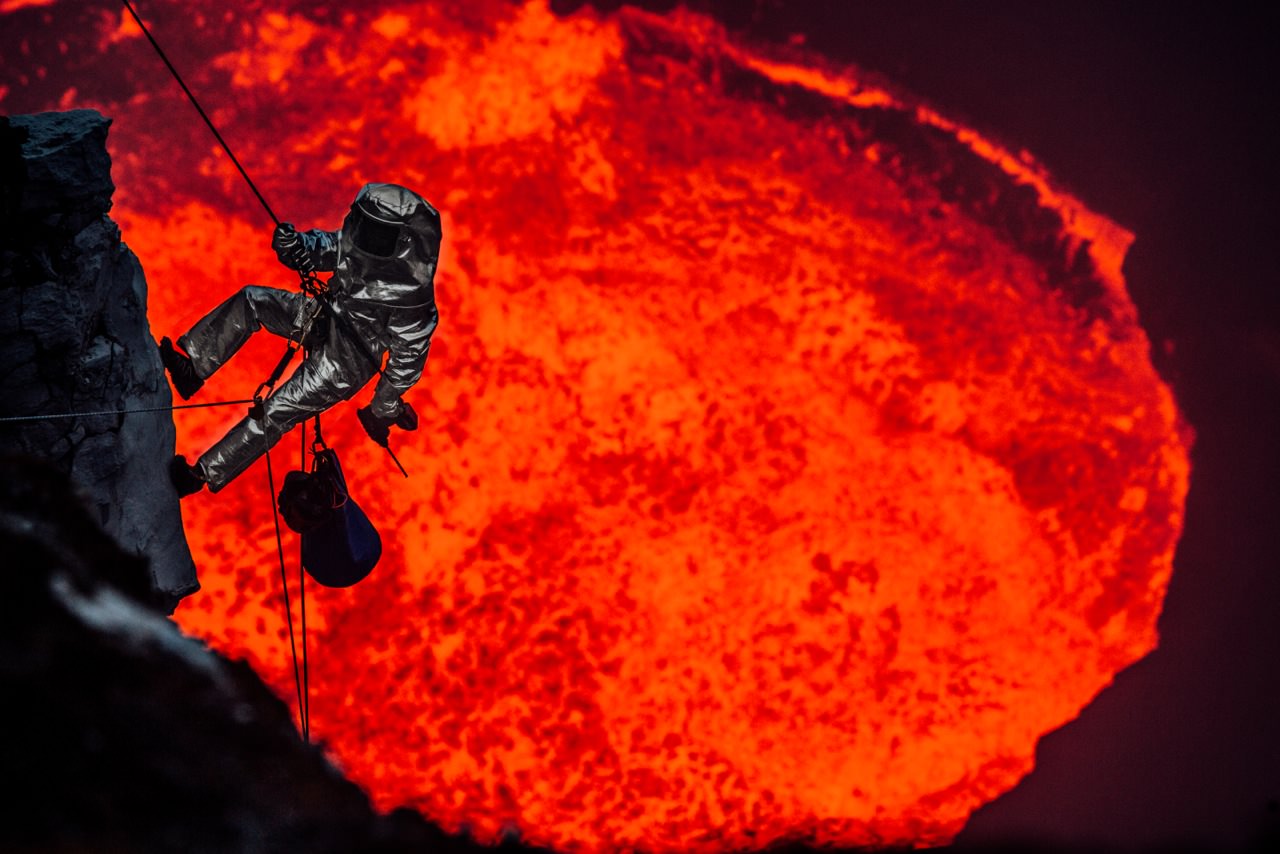 It’s evident that this proximity suit provided lifesaving protection when Sam describes the precarious conditions he encountered while repelling into the lava lake, “You get down to the bottom, it’s probably about 150 degrees on the outside wall, and then as you approach it increases [rapidly] until you’re at a point where it’s probably close to 1000 degrees [Fahrenheit]… you’re getting hit by small lava bombs and lapilli that are still red hot, you know, they’re bouncing off your helmet. You’re hoping that you’re not going to get surprised by a larger lava bomb, and you can look around and see the ground littered with them, and they’re the size of bowling balls, some of them.”

Sam brought with him a team that included a videographer, a drone pioneer, a volcanic explorer and an astrobiologist. In addition to capturing breathtaking footage, the team collected red hot lava samples that will be used to study how microbial life colonizes newly formed earth and how life forms exist in extreme environments, both on Earth and on other planets. The videographer documented the entire adventure, and the short film is now available on YouTube and on SamCossman.com.

On his previous volcano diving expedition, Sam wore a suit made by another American safety apparel manufacturer. He expressed how much safer he felt wearing the X30 Proximity Suit, “The suit itself, it surpassed my expectations… When I approached the lava, I was able to stand there for probably 2 or 3 X longer than I was able to stand there last time. And I honestly felt safer, there was an emotional component too. It felt higher quality to me. All things considered, I was pretty blown away with the level of performance it yielded.”

The X30 Proximity Suit that Sam wore on his expedition Newtex’s brand new line of X Series aluminized proximity and fire entry suits. The technologically advanced suits incorporate comfort, durability, and athleticism with the outstanding radiant heat and flame protection of Z-Flex Multi-layer Aluminization. The entire X Series line, featuring 6 new suits, will be available in the Spring of 2015.

Newtex is a global leader in high temperature fabrics and engineered systems for thermal management and fire protection. Our products are manufactured at our world-class ISO certified facility in Rochester, New York and distributed globally to a range of Fortune 500 industrial companies and military customers. We are the only fully integrated provider of woven materials and fabric-based systems that protect from extreme heat and fire – from proprietary glass yarn processing, to in-house weaving, coating and laminating, to custom designed and sewn systems. Our integrated expertise, in tandem with our highly rated team of customer service professionals, ensures you get the right materials or system design for your unique high temperature application.